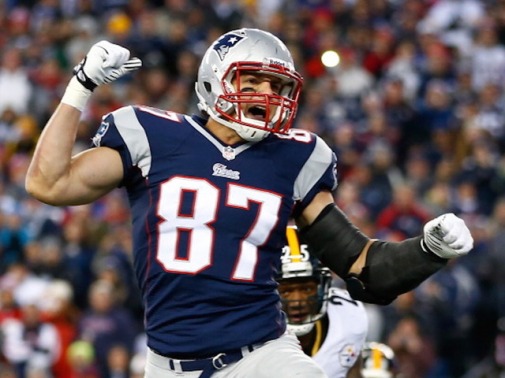 Rob Gronkowski didn’t show up to OTA’s, granted it was awhile ago, but still, when your head coach preaches a certain of doing things, you should probably be doing them. The Patriot Way is something that’s been shoved down our throats for the past couple years but now with Brady and Gronk not going to OTA’s, there’s obviously something wrong in the dynasty. I’m not here today to talk about Brady because that situation is too complicated and I don’t have the patience to research that stuff. But I’m here to tell you the obvious, pay Gronk and show some appreciation to the best tight end in the league.

First off, let me get this off my chest. Why in the world are the Patriots paying Dwayne Allen $7.3 million a year? Instead of paying that bum who can barely catch, you could pay two tight ends that kind of money, one to block and one to catch. Why does the Patriot Way include paying a bum $7.3 million a year over your second best player on your team, whos making $9 million a year. Jimmy Graham, who isn’t better than Gronk, is making $10 million a year. Yeah, winning 2 rings is fun and all but seeing someone you know who isn’t on your level making more than something you’re better at has to piss off even the supidest of people (Gronk). Getting rid of Allen, and giving Gronk the one or two million he deserves wouldn’t hurt.

The guy has gotten destroyed on hits, gone up against the best defensive backs in the game, and still managed to be top 3 in active leaders in touchdowns, and hes not even a receiever! He does more than Jordan Reed and ravis Kelce and destroyed teams whenever they presented him with a new challenge. Gronk had 2 touchdowns and 116 yards in the Super Bowl of all games! Show him the money!

But… with any arguement case, there has to be a presentation of cons. 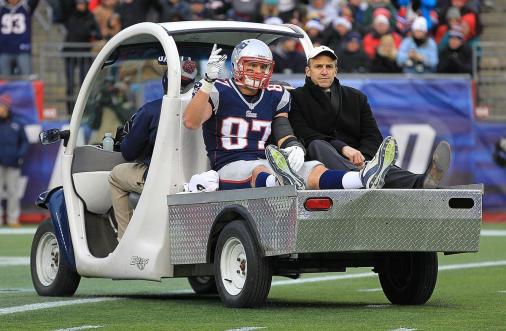 Gronk has only played all 16 regular season games twice in his career; both times were his first two years in the league. The man is constantly injured. Its not his fault. Some bodies are more durable then others. Being the big target that he is, he gets the hardest hits from safeties and other defensive players every sunday (sometimes monday, sometimes thursday). 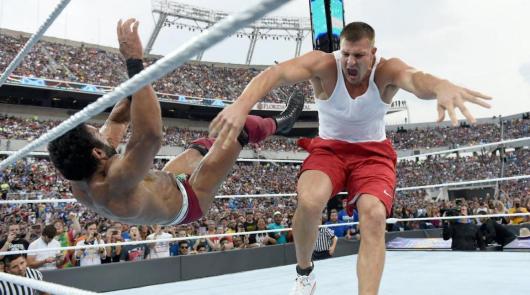 Contemplating retirement at the age of 28 for other ventures? That is a big red flag for someone who wants an extension. I would hesitate paying someone who’s thinking of hanging up the cleats. He’s considering acting, but reading is not in Gronk’s best interest. He also considered  WWE career. He’s friends with The Rock and Sylvester Stallone so theres no denying this was in Gronk’s head in the offseason. When you have two all-time greats in your head pushing you towards their areas of expertise, you’re gonna listen. There no life threatening injuries in either unless you do something stupid. Maybe with practice he can get better at acting, but not anytime soon. With the WWE, if he can just act like a dick and overpower people, yeah I can see him there, maybe even being a less talented mid 2000’s John Cena (one who doesn’t rap).

Even saying all those negatives, Gronk, for all he’s done while healthy, deserves to be paid like someone who’s the best t their position. Maybe its not the Patriots Way, but why not just pay the player for all that he’s done? Maybe everyone is seeing through Bill’s façade and realize money for your future family’s security is more worth than winning a championship with day after day of grueling practices with a coach who doesn’t praise anyone and doesn’t admit his mistakes. Reward his loyalty. Reward his grittiness, reward his amazing touchdowns and never say never attitude. The Celtics rewarded Smart without breaking the bank, they let him know he was important in a move that benefited both teams and both sides are happy, the Celtics got a good mid-level contract and Smart got paid what he’s worth. Patriots could learn.