This week, Chris Haynes sat down with former Toronto Raptor and now San Antonio Spur DeMar DeRozan. To say the least, he’s still shocked about the trade. I understand though. He got traded by a team he’s given his blood, sweat, and tears to for 9 years straight. He didn’t want to be a Vince Carter, Tracy McGrady, or a Chris Bosh and leave the city of Toronto. But in this day in age where no player is loyal, or organization, things will happen quick in order to move on in hopes of winning a championship.

Haynes asks DeRozan about Raptors GM Masai Ujiri saying it was a miscommunication between DeRozan and him about being traded and that he mentioned it to him during summer league. DeRozan denies any of it. “Um, no, because all summer through the talks we had — through the talks he had with my agent — you know, it seemed like I was in that discussion of moving forward with the team.” This to me looks bad on the GM and organization. To not keep your franchise player in the mix of something so life changing is disheartening and unattractive to free agents. teams should keep their players in the loop. 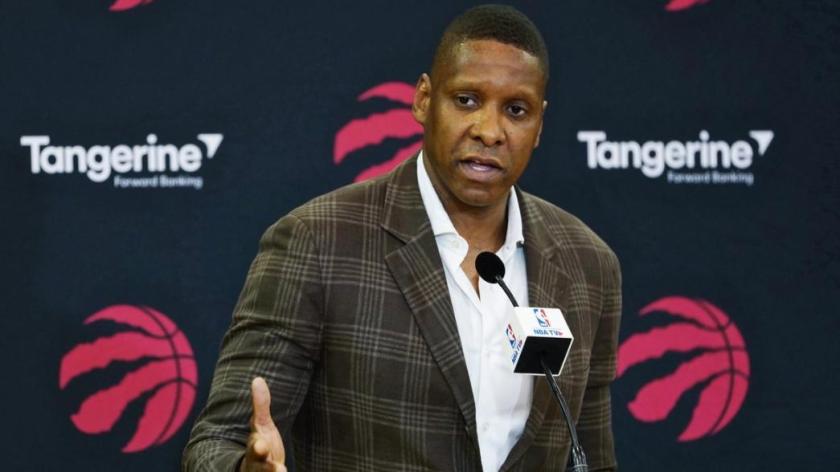 When Haynes asks him about his thoughts on Ujiri believing he gave Dwayne Casey and DeRozan a good shot at winning, he calls bullshit. “But it’s only one team that we lost to in the postseason — and that team went to the [NBA] Finals every single year… So when you put that out there saying “gave them chances” and “I have to do something” … it’s B.S. to me.” I have to agree with DeRozan on this one. Year after year, no matter how bad we thought the Cavs were looking, their team was still better than anyones in the Eastern Conference. When your second best player is Kyle Lowry, thats not going to be nearly enough to beat LeBron. It takes a team of stars to do that, and DeRozan can’t do that himself. Ujiri never gave them a chance to dethrone the king because the team they had, never had a chance.

“So whether it’s something I like or don’t like, I’m going to accept it if you come to me and let me know beforehand. But don’t make one thing seem like another thing and catch me off-guard and do something else. That was my whole problem.” He later goes on to say “I asked, ‘Was I going to be traded? Was there anything going on, if it was a chance I’d be traded?’ And on multiple occasions it was, ‘No, it was nothing.’ If it is, then let the agent know or me know.”

Derozans deserved to be told the truth. He’s been there for the highs and the lows. He’s battled through injuries, not exceeding expectations because of teams put around him not worthy of beating LeBron. Yes his numbers dip a bit during the postseason, but how much of that is because of lack of offense from any of his other teammates. Ujiri threw respect out of the window. At least when Danny Ainge traded away Isaiah Thomas, the season after playing with a chipped tooth, his sister dying, and his hip on the verge of a major injury, he had the decency of giving Thomas a call before anything came out. Ujiri traded away a beloved played for a most likely one year rental with a crazy Uncle and causes locker room distractions. Listen, we all get that its a business at the end of that day, but these players have families and are humans with real emotions, not robots  or cargo you can ship away without there being any emotion being involved. Yes, I get played these days that players can leave without even giving a damn about their former franchise and leaving them in ruins. But Derozan was different, he cared for the franchise, it was his home. Where’s the loyalty?

Below you can watch the full 21 minute interview with Chris Haynes, if you have the patience… you can feel the pain DeRozan is feeling, the mans been through a lot in his life.