Skip to content
Not much drama this week, but I’ll try making the most of it. From Baker Mayfield to the Bills, I’ll recap some things we learned from week 3 of the NFL season!
The Mayfield Effect?
Baker Mayfield won a game for the Browns! I’m not saying he’s the second coming of Joe Montana or anything but this kid has to be a decent QB to actually win a game for a team that hasn’t done it in almost 2 years! Not to mention, they technically have a better record than the Patriots (1-1-1 vs 1-2). I don’t make the rules guys, I just apply them.
The duo of Landry and Mayfield will be something to look forward to this coming week. Jarvis Landry had 8 receptions for 103 yards while Mayfield was 17/23 for 201 yards. Like it or not, the Browns might, MIGHT, HEAVY EMPHASIS ON MIGHT, have found a decent QB…
Jesus Christ Jimmy G
Jimmy G just doesn’t know when to give up on a play it seems. The 26 year old QB for the 49ers tore his ACL Sunday vs the Chiefs. Just 2 years ago he got injured trying to do too much in a match against the Dolphins where tool bag Kiko Alonso tackled him after making a pass to Malcolm Mitchell, with Jimmy G landing on his shoulder and being out the rest of that game. In this years injury, Jimmy didn’t know how to just slide and not take damage. Instead, he went right into a defensive back and got crushed, causing his knee to buckle, and here we are with an injury. COME ON JIMMY, I WAS ROOTING FOR YOU! Well, I have to wait til next year to see if you’re the real deal, and not the Italian Brock Osweiler (credit that to big Jim Murray).
Screw These NFL Rules
Next up is how bad the rules are for sacking the quarterback. Clay Matthews almost had an aneurysm when he was flagged for sacking Alex Smith. I understand his frustration when you’re trying to beat the living crap and morality of a QB, but the referees are not letting them do that. We get that QBs make up a very important part of the leagues product, but you have to let a defense player get rewarded for his play. Dolphins player William Hayes tore his acl trying to avoid getting a roughing the passer penalty. This guy tried avoiding the flag by not putting too much body weight on Derrick Carr, and look what happens! The NFL could give 2 shits about players on defense. NFL is in a lose lose situation they can’t dig themselves out of.
Prescott Sucks
Dak Prescott is a freakin wreck. The 3rd year QB is far from his amazing rookie year campaign. Watching him is like watching the same Sports Center show for the 3rd straight time. It’s horrendous. In 3 games so far, he has yet to get over 200 yards in a game, with his highest being 170 yards in his first game. I get his receiving core sucks ass, but that’s no excuse as Jimmy G had a decent year so far with throwing to receivers who have the same skill set as a pop warner receiver. Yes he has a shit line because of injuries but an elite QB needs to perform like an elite QB, no matter the situation. I had high hopes for this kid coming out of college and now he looks like crap. His star RB Ezekiel Elliott had his first decent game this past Sunday with 127 yards so I expected Prescott to take advantage of having a decent running game that day. Listen, he’s still young so it’ll develop. But with an owner like Jerry Jones, who knows what’ll happen.
Bills are too Hyped 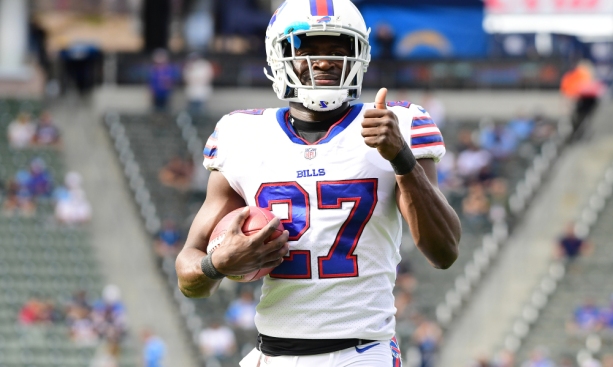 Last thing we learned from Week 3 is the Bills are the most confident shit team of all time. Tre’Davious White, after a pretty convincing win against an elite NFC team in the Vikings with Kirk Cousins at QB, White scream “You like that!” Listen man, I get it, you’re pumped after upsetting a great NFC team. But that doesn’t change the fact you’re 1-2, and haven’t won over 10 games since 1999. Don’t mock Cousins who’s probably going to the playoffs and competing for something your organization hasn’t won yet, a Lombardi. Until you make something of yourselves, and not get shit on by Joe Flacco, keep your mouth shut!
Thats all for this week! Join me next week where I’ll judge whether or not the Patriots season is officially done! Make it or break it fellas!