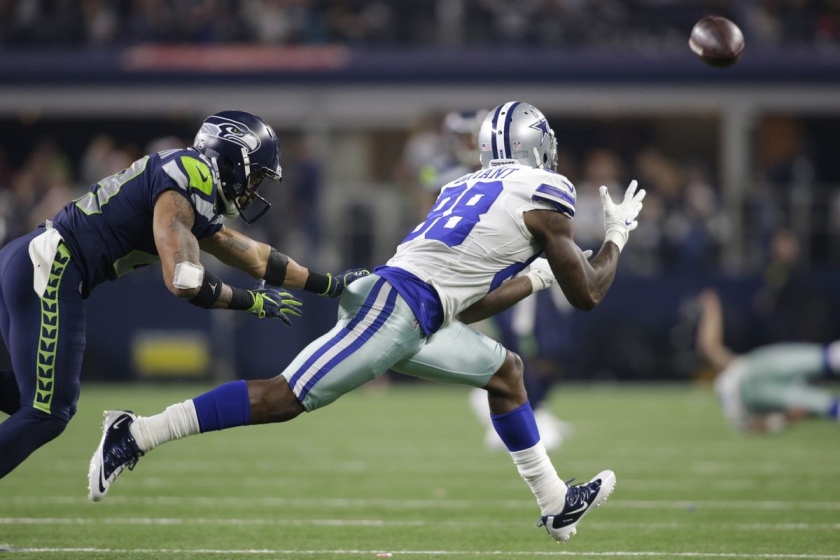 Dez to the Saints makes a whole lotta sense. When your second and third leading receivers behind Michael Thomas (880 yards) are Kamara and Watson, you could always use help. The Saints have a good running game and a balanced offense that could cut you up for 35 point a game (their average) whenever they want. They’re second in the league in scoring, so what do they need Dez for?

Well for one, the 30 year old WR isn’t done yet. Although he hasn’t had a 1000 yard season since 2014, he managed to have 838 receiving yards and 6 touchdowns in a down year. If that’s a down year, gimme that all day. Not to mention, he never had chemistry to begin with during his time playing with Dak Prescott, who’s playing like complete ass right now for Dallas.

Bryant to a high powered New Orleans offense makes all the sense in the world. With Thomas being a threat and most likely will be double teamed down the stretch, teams will have one hell of a time trying to catch Kamara or if not, they have to deal with the check down in Watson, or they have to guard the 6″2, 220lb Bryant who is more than capable of running routes and dominating the #2 cornerback on a team.

Dez needs a competent QB who can get the ball in the right places at the right times. The Cowboys look like they miss Bryant with Prescott struggling throwing to Cole Beasley (366 yards) and whatever a Michael Gallup is (241 yards). Alvin Kamara (427 yards) and Patriot reject Benjamin Watson (292) are elite receivers under Brees, so imagine adding another weapon to an already dangerous arsenal? If all goes well, we could see a Moss and Brady type connection, but that’s if everything goes well. If not? We’ll see a Ochocinco and Brady type chemistry.

I hope the best for Dez, even though his asking price was ridiculous earlier this season, granted I don’t remember in particular but if the Browns didn’t want to sign you, you know you have to shoot a little lower. Other than that, I think this will be a hit and will give Saints another weapon to mask that horrid defense.