With one of the best backcourt duos in the league, the Wizards are somehow 5-11. The John Wall and Bradley duo doesn’t seem to be working out. With both on the trading spot, I’m more interested in where Bradley could go, more then where Wall could go. It’s a real possibility and will give a certain contender a great scoring option.

So the Celtics are struggling at 9-7. Tatum is inconsistent, Hayward is still getting in the groove of things, Horford is average Al again, and Jaylen Brown just fucking blows. Maybe it’s time to overreact and trade somebody… Trade Jaylen Brown?

Hear me out! Hear me out! You want Anthony Davis right? Well this might be the right step in that direction.

Brown to the Wizards Makes Sense 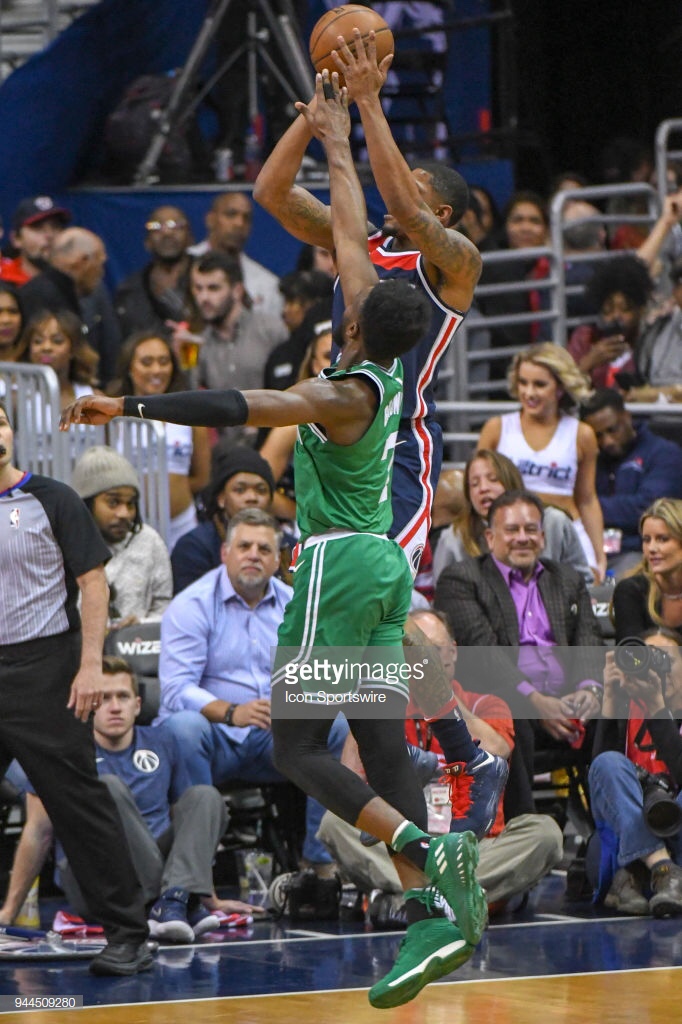 Brown is only 22 years old and has the ability to be a superstar in the league. His first year in the league was just a taste of what he could be, with him going toe-to-toe with LeBron, scoring an impressive 19 points in his first start as a professional. His next year, he blossomed without Kyrie and Hayward in the playoffs. Scoring 18 ppg, 1 game away from the NBA Finals. Both him and Tatum were a great duo and seemed almost impossible to stop. If that’s so, why trade away Brown, 1 part of the future?

Well, things just aren’t clicking for Brown this season. He’s not driving the ball as much and is trying to adjust to the Celtics trying to make him a spot up shooter. Our fellow blogger Nick has suggested we get Korver for this which is a great idea, but I’m here to be irrational Nick!

Brown is averaging 10.4 ppg this season on a field goal percentage of 36.2%. He is also averaging an abysmal 27.3% on 3-pointers. He’s not doing well playing with Kyrie and Hayward who dominate the ball most of the time. Jaylen needs decent touches too but he’s just not getting them in the right spots. So maybe having his own team could work?

Brown and another player to be named later to the Wizards and Beal to the Celtics work. Brown is a restricted free agent in 2020 and the Wizards can give him a huge contract. Because Brown is a future star and could be the right guy for the Wizards franchise. Just because Brown is a nice piece for a future Anthony Davis trade doesn’t mean trading him now isn’t a good idea.

Beal would be a nice scoring option for the Celtics and is capable of going for 20 every night, unlike Jaylen Brown. Him and Kyrie would be a nasty duo considering Kyrie is a better player than Wall and would make sure Beal would be welcomed. The Celtics would absolutely be more lethal with Beal. It might even guarantee a championship.

But that’s not why I’m writing about this. Beal for one season is nice but why not use him as bait for an Anthony Davis trade? I know I know, I’m sick of Davis talk but in the age of super-teams, anything is possible.

Beal is under a fat contract until 2021, and is a great addition to any team. With Davis looking like he won’t stay in New Orleans for long, he’ll want to join a competitive team that’ll be considered for a championship year in and year out. The Beal trade would most definitely bring the Celtics above the luxury tax so trading him, along with Horford for Davis would make sense. Kyrie, Hayward, Tatum, and Davis would be killer. And with LA slowly but surely making a super-team, the Celtics need to play catch-up.

The Celtics aren’t new to one trade being the cornerstone to another trade.

Isaiah Thomas, who was absolutely hated by the media for some reason, was traded to the Celtics during the 2014-2015 season from Phoenix. In 155 games between 2015-2016 and 2016-2017, Thomas averaged 25.5 ppg and 6 assists per game, making him a star in an offense designed around Thomas. Stevens made this guy a star and worthy enough to be traded for Kyrie Irving. And now, the Celtics are title contenders off trades people didn’t think would work.

I’m not saying all of this is going to happen. But It’s all a possibility under Danny Ainge, the heartless GM we all know and love.