In case you missed Part One of this series (NBA), click here

In this edition of “They Should’ve Been a Dynasty,” we explore recent NFL teams that should have won more than they ultimately did.

Remember the rules, I see a dynasty as the following: a team that has won at least three championships in a 10-year window. It can be a smaller window (i.e. a three-peat), but I think the simplest barometer is winning three championships within a certain window of time, showing that you were the best of your sport, and you showed it repeatedly.

Ranges of time are flexible depending on the eye of the reader, but this is how I view them.

As I did this piece, I figured out that Peyton Manning and LeBron James have a lot in common. Comparing Manning’s time starting in Indy to LeBron’s career in Cleveland, you have some similarities. Over a decade in each city (13 for Manning, 11 for LeBron), multiple MVPs (4 for Manning, 2 for LeBron), more than one appearance in a championship game/series (2 for Manning, 5 for LeBron)… and only one title for each.

I chose the year 2003 because it was the first season Manning won a playoff game in Indy. I could have chosen the three seasons he made the playoffs during his first 5 seasons (1999, 2000, 2002), but I think this is fair.

Now there is the caveat that in 2008, Tom Brady essentially the entire season, but without Brady the Patriots went 10-5 (Tom technically won Week 1); even if they went 16-0 again, that means the Patriots would have gone 92-20 between 2003 and 2009, meaning only 3 games better than the Colts during this seven year interval.

The Colts won at least 12 games each season during that time, something only the Patriots have done since, and they only have one championship to show for it (and another appearance in 2009).

The Colts were 9-6 in the playoffs these years as opposed to New England, who went 11-4.

The Patriots did beat the Colts in the playoffs in 2003 and 2004, but the Colts beat them in 2006. However, there are other seasons where the Colts became their own worst nightmare and prevented themselves from making a run in seasons where New England wouldn’t have even been in the picture to stop them.

In 2005, the Colts were the top seed in the AFC at 14-2, and had a first round bye. They faced the 11-5 Steelers in the Divisional Round, who were the 6th seed. The Colts came out flat, as Pittsburgh came out to a 21-3 lead. The Colts scored 15 in the 4th quarter, and had a chance to tie the game, however, kicker Mike Vanderjagt missed a kick that would have sent the game to OT. Had they won, they would have faced the 13-3 Denver Broncos at home in the AFC Championship Game. The Broncos had just beat the Patriots in the Divisional Round, meaning the Colts would have had their clearest path to a title since Brady took over as the starter in New England.

In 2008, the year Brady went down and the Patriots missed the playoffs, the Colts went 12-4. Unfortunately for them, they were a Wild Card team, as the Titans went 13-3 to win the AFC South. They faced the San Diego Chargers, the same team that upset them in the Divisional Round a year prior (another major disappointment). Although the game was in San Diego, the Colts were the favorites, as the Chargers only went 8-8. The Colts led 17-14 after 3 quarters, but the Chargers tied the game to take it to OT, where they went on to win. Another season gone too soon.

The Colts were able to reach another Super Bowl in 2009, but they could not pull off a win in a game they were leading into the fourth quarter. In 2010, they won their division, but had to play Wild Card weekend versus the New York Jets. They were winning 16-14 with less than two minutes left, but allowed the Jets to get into field goal range, where a Nick Folk kick sent them home. That ended up being Manning’s last game in Indy, as he was out for all of 2011, and released in 2012 as the team had the number 1 pick and decided to select Stanford QB Andrew Luck.

Manning was one of the most talented players at his position ever, and always was potent in the regular season. However, his defense never seemed to be at a championship level (the one season it was, they won), and he had a major tendency to choke in the biggest games. They were right there in terms of talent throughout the first half of the Patriots dynasty, but they failed to capitalize, even during the Patriots down seasons (think about this: the last 4 seasons Manning has not played, 2011, 2016-2018, the Patriots have made the Super Bowl every time). Overall, as good as Manning was individually, walking away with just one ring during his time in Indy has to leave fans with the feeling there could have been more.

Disclaimer: I starting putting this piece together about a week before the B/R piece came out about the Packers, claiming they should have six rings (a direct dig at the Patriots, who have won six Super Bowls during their dynasty)

I think we can all agree the Packers have underachieved relative to the talent base they have had. Looking at the point Rodgers & Co. won their first Super Bowl in 2010, from then on, there should have been more.

After winning it all in 2010, the Packers proceeded to win the AFC North in 5 of the next 6 seasons, and the year they did not (2015), they made the playoffs as a Wild Card team.

Winning the division 5 times means they began the playoffs at home five times. Disappointment begins in those years, as the Packers only went 3-2 in those games.

In 2011, Green Bay rallied off of their championship and began their season 13-0. Rodgers would go on to win an MVP, and the team never looked better, finishing 15-1. In the Divisional Round, they faced the 9-7 New York Giants. In what should have been a cakewalk, the Packers lost 37-20, an utterly disappointing end to what had been a magnificent season.

Their other early exit was in 2013. Now this was a season where Rodgers was hurt during Week 9, and did not come back until the last game of the regular season. The team, who had been 5-2 prior to his injury, went 2-5-1 (including the Week 9 game), but they could still win the division in Week 17 if they beat the Bears, which they did in classic Rodgers fashion. However, they faced the reigning NFC Champion San Francisco 49ers in the Wild Card Round, losing 23-20.

They had other upsetting playoff losses as well.

Nothing will top 2014, a year where Rodgers won another MVP, and they made the NFC Championship Game. The Packers led 19-7 in the 4th quarter, but Seattle scored a late TD to make it 19-14. On an onside kick, Brandon Bostick made the wrong choice of trying to catch the ball, and it bounced off of his helmet, and Seattle recovered. They scored another TD, and made a 2-point conversion to make it 22-19. The Packers were able to tie the game and send it to OT, but the Seahawks ended up winning.

They had another OT playoff loss in 2015 against the Cardinals, but in 2016 they were able to make the NFC Championship Game for the third time since 2010. They faced the Atlanta Falcons in Atlanta, but did not show up, as the Falcons won 44-21. They have not made the playoffs since, and coach Mike McCarthy, who was at the helm all these years, was fired towards the end of the 2018 season.

Now if you did read the B/R piece, the blame (allegedly) goes around for why the Packers were not more successful. Was McCarthy dumb and incompetent? Was Rodgers arrogant and sensitive? Was the front office, led by Ted Thopmson, not focused and able to make moves to better the roster? Was the lack of ownership presence (the team is publicly owned) something that led to egos and stagnation to carry on? Well, it depends on who you ask.

Talented players such as Greg Jennings, B.J. Raji, Clay Matthews, Charles Woodson, Jordy Nelson, and Julius Peppers were on the team during this time. Maybe the Packers method of signing almost no one in free agency and just relying on the draft throughout the years denied them the opportunity to build the team in other ways. I don’t know.

Nevertheless, Aaron Rodgers is 35, and widely considered the most talented QB in the NFL (possibly ever). His age 28 through 33 seasons, the team should have been rolling on all cylinders, but they ended every season in disappointing fashion. Maybe now with a new leadership structure in place the team can win at the end of his career, but that won’t take back the seasons they could have, but didn’t. 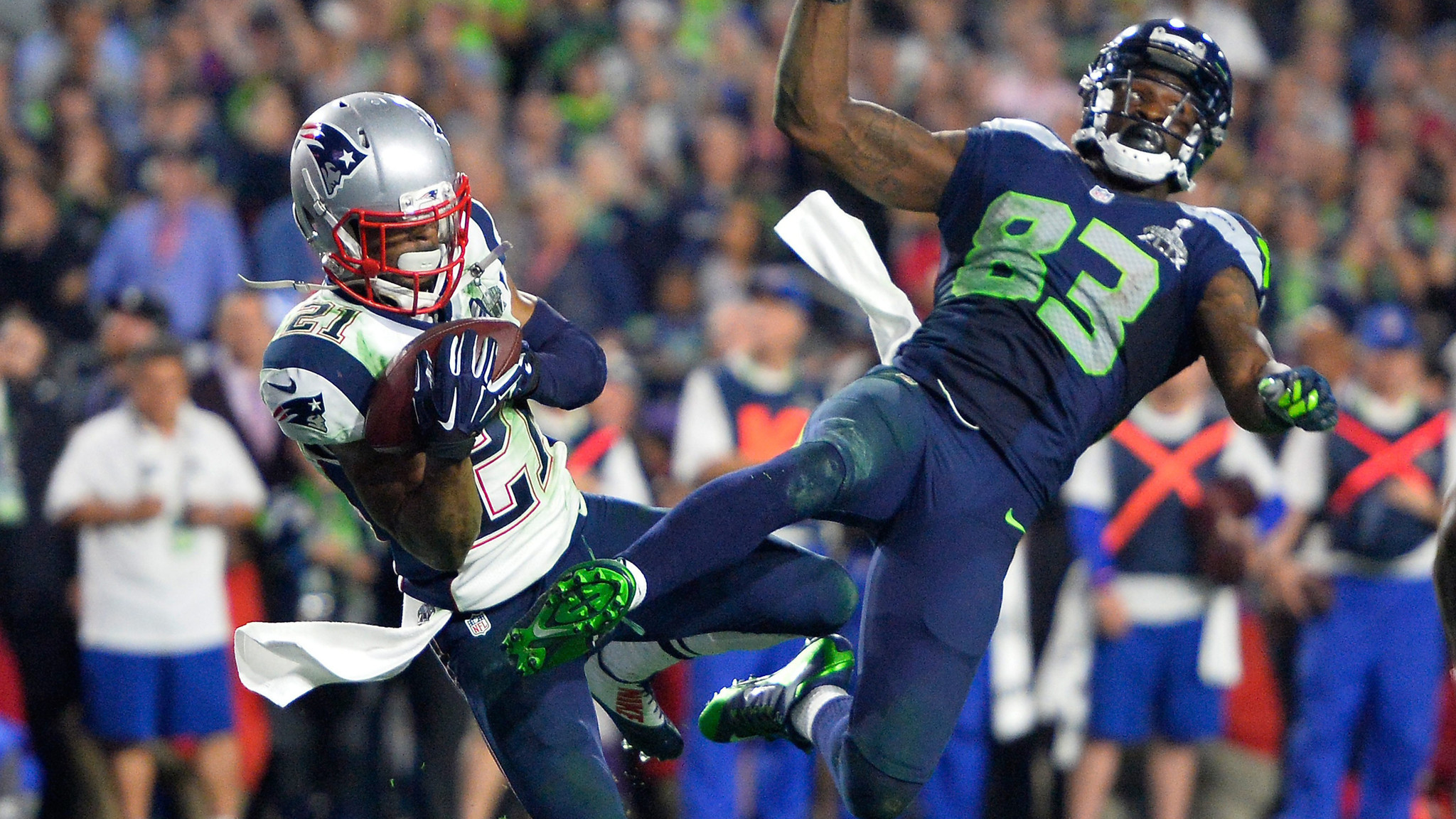 I honestly thought the Seahawks were set to take over the NFL a few years back, I truly did. Russell Wilson had a good head on his shoulders, they had a potent defense, and what I thought was a good coach who was getting a second chance in the NFL after his first turn(s) in the 1990s, and after a great run at USC.

After an nice run in 2012, the team loaded up, which was made easy due to the low cap number of Russell Wilson, who was on his rookie contract. They signed Cliff Avril and Michael Bennett, adding to an already loaded defense, and gave Russell Wilson a weapon on offense by trading for Vikings WR Percy Harvin.

The team went 13-3, making it to the Super Bowl, where they faced the Denver Broncos. Denver, led by Peyton Manning, who had thrown an NFL record 55 touchdowns during the season, was absolutely shut down by Seattle, as they scored only 8 points in the Super Bowl. Seattle won 43-8 in one of the most lopsided Super Bowls in recent memory; after that, they looked like they were ready for something special.

Most major pieces (save Brandon Browner and Golden Tate) returned in 2014. The team started 3-3, but went 9-1 to finish the season, going 12-4, the best record in the NFC for a second straight year. They won their first playoff game with ease, but had to capitalize off of a major collapse by the Packers (see above) to secure a second straight trip to the Super Bowl.

In the Super Bowl, they faced Tom Brady and the New England Patriots. A worthy foe, Seattle was able to pull ahead to take a 24-14 lead into the fourth quarter. The Patriots scored twice, while stopping Seattle in-between, taking a 28-24 lead with less than 3 minutes to go. Seattle was able to move the ball, and with one of the craziest plays in Super Bowl history, Jermaine Kearse caught a ball deep in New England territory, putting Seattle in great position to score a touchdown. They ran the ball to the one yard line, all but certain to win… only they passed the ball on the next play, and it was intercepted by Malcolm Butler. It was one of the most controversial play calls in NFL history, one that still stings to this day. The Patriots won the game, ended Seattle’s chance at a repeat.

The team made the playoffs the next two seasons, but lost in the Divisional Round each time, and did not win more than 10 games. In 2017, they went 9-7, missing the playoffs for the first time since 2011.

By 2018, the following key players from their Super Bowl appearances were no longer on the team: Richard Sherman, Kam Chancellor, Marshawn Lynch, Cliff Avril, Max Unger, Michael Bennett, Jermaine Kearse, Byron Maxwell, Jon Ryan, and Steven Hauschka. 2018 was the beginning of a new era for the team, and with Earl Thomas signing in Baltimore this past offseason, they are not the Legion of Boom Seahawks we formerly knew.

Part Three of this series (MLB), will be released May 8