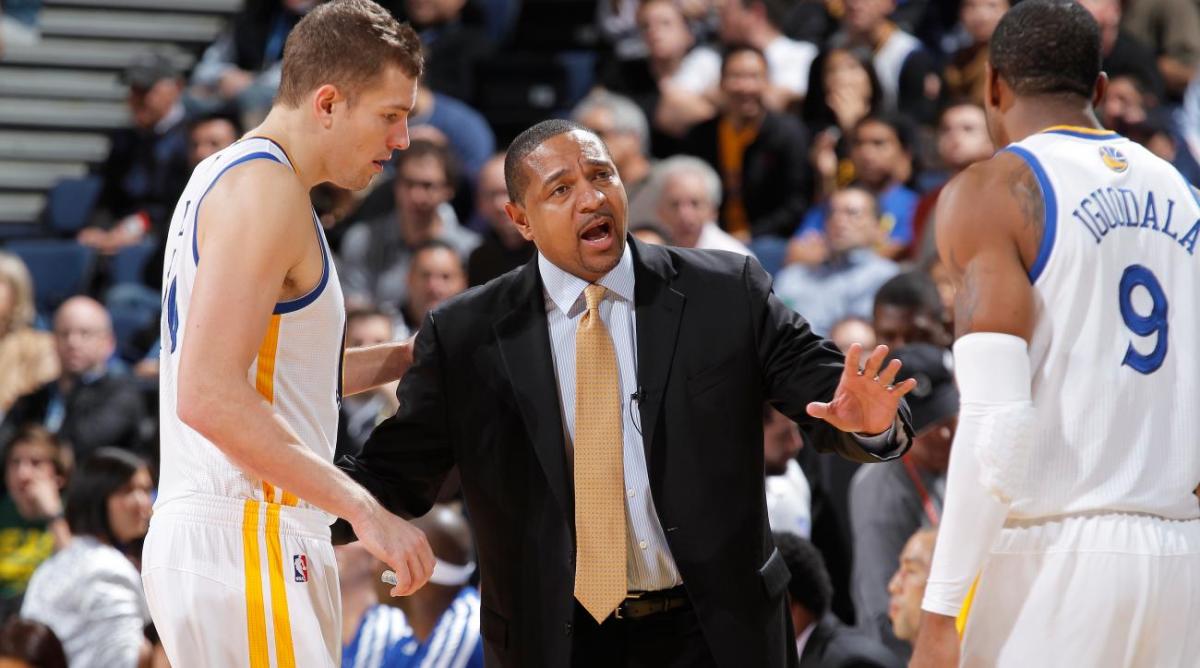 The current ESPN broadcaster has been a source of controversy since his firing from the Warriors in 2014. For some reason, people can’t understand why Jackson doesn’t have a coaching job.

Yes, in his three seasons as Warriors head coach, they had a 28-win improvement over that span and turned into a legit playoff team with slight hopes of a championship… But the Warriors organization wasn’t the championship contender we know today.

Jackson still has support from his former players, especially Andre Iguodala, but as for his former boss Joe Lacob (Warriors owner), he has a different story to tell. Jackson was let go because it was “good for the organization as a whole.”

Pretty damning quote from a well respected owner who’s won a few rings. Does that not do anything for you Jackson maniacs? Well, how about the fact Jackson was hated pretty much by every non-player imaginable.

“And when I say the organization as a whole I don’t mean just the team and just the 15 players that are involved and the coaching staff. I mean everybody. There’s 200 employees here.”

Imagine a whole organization hating you; Jackson somehow managed to do that.

That wasn’t all of Lacob’s beef. Did you see Jackson’s coaching staff? Brian Scalabrine, Pete Myers, Jerry DeGregorio, and Darren Erman. Who the hell are these people? Compare it to some people Kerr’s staff over the years.

Mike Brown, a former Head Coach of the Year, and Luke Walton, who led the Warriors to a 39-4 start in 2015-2016 when Kerr was recovering due to complications from back surgery, are way better than anyone in Jackson’s staff. Kerr had a great staff and even supported his coaches getting coaching jobs. Jackson? He sent Scalabrine to the D-league over differences in philosophy (flat out embarrassing). He even fired Erman for disloyalty. What?!

And yet, people still want him as a coach? The Warriors were always going to be a middle of the pack team with Jackson. But with Kerr? Their numbers increased dramatically in these departments: assists, field goal percentage, 3-point percentage, and 2-point percentage.

And for the people saying these Warriors are Jackson’s team; it’s not like Jackson handpicked everyone. That was the work of former GM Larry Riley and current GM Bob Myers. And if you do say it’s his team, then why is Kerr doing better with them now? Why did he take Jackson’s team and make them better? It’s simple. Kerr’s system and relaxed /non-preachy way of doing things fits this dynasty. Jackson is just another footnote in this organization’s history.

Andre Iguodala recently appeared on the Breakfast club to talk about his new book. During the interview, Iguodala talked about Jackson being blackballed.

I’m not trying to get political here. If you know me and Hold My Drink Sports, we try to stay away from those subjects. However, his strong faith for some reason caused a rift between him and Rick Welts (“highest ranking executive in men’s professional team sports to publicly acknowledge he is gay” via NBA.com). If your faith is getting in the way of having quality relationships with coworkers and executing your business, you don’t deserve a coaching job. Accept people! That’s all! Love is love people. His narrow-minded views fit his punishment. Leave your personal affiliation at home. And stop being a bigot.