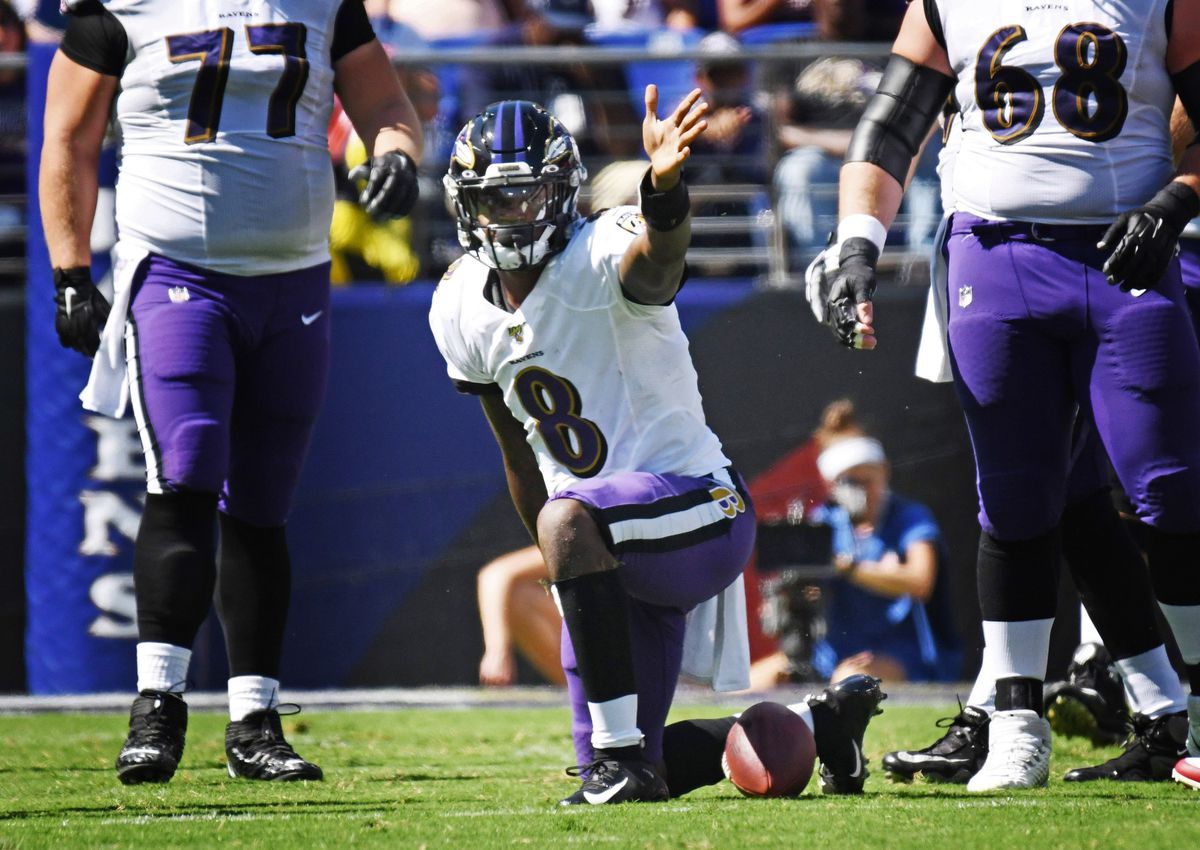 As a way to keep things interesting during the season, I’ve decided to debut a power rankings.

I’ll try my best to get this out every Saturday*.

It’ll be a fun way for you the reader to keep an eye on who’s up and who’s down on a weekly basis (based on my opinion).

As always, feel free to chime in!

With or without Antonio Brown, the Patriots have shown they are the best team in football.  Tom Brady has looked spectacular, and the defense has looked unstoppable.  Offensive line injuries could be an issue, but that’s about it.

I’ll admit I thought Mahomes would regress a bit with more tape on him.  Well, not yet.  Through 2 games, the 2018 NFL MVP has 821 passing yards, 7 TDs & 0 INT (136.3 passer rating). The Chiefs defense still has a bit to prove, but tomorrow versus the Ravens should be a good barometer for how good this team is as a whole.

Dak Prescott is really trying to earn that $40 million per year.  He can thank new offensive coordinator Kellen Moore, who has helped the Cowboys put up 30+ points the first 2 weeks of the season. With Miami coming to town tomorrow, I’d expect more of the same.

We got stripped of a good game last week with Drew Brees’ thumb injury, but the Rams have figured out how to win through 2 weeks this season.  The offensive attack looks different as Todd Gurley has taken more of a back seat, but Jared Goff has done enough, and the defense has looked good.

What sophomore slump? Lamar Jackson has looked sensational, helping lead the top offense in the NFL through the first 2 weeks.  Baltimore’s defense (particularly against the run) has been great thus far. They face a huge test against Kansas City tomorrow.

Green Bay has been a pleasant surprise thus far, as Matt LaFleur is 2-0 to start his coaching career. Aaron Rodgers has done enough thus far, but the defense (in this case, the secondary) has been great. If LaFleur can get the offense going, the Packers could do some damage this season.

Not the prettiest of wins, but Seattle is still 2-0 to start the season. Russell Wilson has an absurd 78.5% completion rate to start the year.  He’ll dictate how far this team goes, as has been the case for the past few seasons.

Carson Wentz started slow in Week 1 before the Eagles came back behind his great play.  In Week 2, injuries started to pile up, but he almost led the team to victory.  His health is yet again a concern as he missed a few plays in the second quarter, but came back. If DeSean Jackson and Alshon Jeffery miss any extended time, the team might be in trouble.

The Vikings are a well-coached team, and it showed in Week 1.  After trailing 21-0 last week in Green Bay, they almost came back. Relying on the run game and defense is what helped the team do so well in 2017, and it seems like they are going back to that formula this season with good results thus far. Is it enough to hide Kirk Cousins? We’ll see.

Although they beat the Jets and Giants, the Bills have looked extremely impressive to me thus far. The team came back from a 16-0 deficit in Week 1, which is a good sign no matter who it’s against.  Josh Allen had 4 turnovers during that game, but cleaned it up last week.  Devin Singletary has been a nice surprise, and the pass rush has been strong.  We’ll probably see in Week 4 if this team is a fluke or not when they face New England.

The Chargers were able to pull out a victory in Week 1 in a great game against the Colts, but lost to the Lions in pretty disappointing fashion, only putting up 10 points. Some considered this team the best in the AFC last season, but they’re also fighting injuries, and the holdout of Melvin Gordon. Still, they should be able to have success this season, and their next game against Houston should be a good test.

If I haven’t said it before, I will now: I love Deshaun Watson. That guy is a great QB, but throughout his career, it seems to be in spite of what’s around him. He’s been sacked 10 times though 2 games, putting him on pace to surpass the 62 times he was sacked a year ago. Houston is good, they have a franchise QB… but will he survive out there?

The 49ers have been one of the most surprising two-win teams this season. The 49ers run game and defense have looked good to start, and Jimmy G had a strong Week 2 performance against the Bengals. Could all the pieces finally be falling into place? It just might be the case.

The Bears have some work to do if they want to reach the heights they did last season. Mitch Trubisky has looked awful, and their defense is the only reason they have been in each of their first 2 games. They got lucky to win last week, but they did, and their games moving forward will likely be close ones. Seems like a down year to me, but maybe Nagy figures out how to make Mitch look like Marcus Mariota or something average.

The Colts already lost Andrew Luck to retirement, and Adam Vinatieri was apparently on the verge of retiring after facing the Titans last Sunday. The Colts have been very competitive the first 2 weeks of this season on the road versus two teams that had a winning record a year ago. There’s definitely enough talent here to stay respectable, and hopefully getting to play at home tomorrow helps.

What a devastating turn of events. Drew Brees has been an iron man since he got to New Orleans in 2006, but is now expected to miss at least 6 games. The team made Teddy Bridgewater the highest paid backup this past offseason, but he did not look good against the Rams after coming into the game. With no formal starter announced for Week 3, Sean Payton will need to get creative if he wants this team to survive this season.

This team deserves to be where they are: the middle of the pack. They looked awful against the Titans, but bounced back against the Jets this past Monday.  Their schedule will not get easier the next few weeks, but this is a talented group, and I’m giving them the benefit of the doubt to pull of an upset or two.

The Falcons looked atrocious in Week 1 against the Vikings, but bounced back against the Eagles on SNF, with the aide of Julio Jones taking a screen pass to the end zone to give Atlanta a 27-24 lead, which was the final score. This team has a lot of talent, and they’re healthy this year. With Drew Brees out for 6 weeks, and Cam Newton out tomorrow (and maybe longer), this team might have a path to a division title.

I can’t take much more of Marcus Mariota. After a great first game against the Browns, he has been… well, himself, which is leaving you wanting more. He’s been sacked 17 times through 3 games (including 9 times on Thursday).  I don’t think this Titans roster is awful, but Mariota will hold this team back from reaching it’s potential.

Tampa Bay’s defense has looked solid to start this season. They made Jimmy G look sub par most of Week 1, and may have forced Cam Newton into retirement last week. They get a chance to welcome Daniel Jones into the NFL tomorrow, and then face the Rams, Saints, and Panthers before their bye week.  They might be able to get to 4-2 before that point. Lets hope Jameis Winston can do something of substance by then.

Detroit blew a game they had in hand in Week 1, but came back and beat a strong Chargers team at home, a good rebound for the team. Will we get a chance to see coach Matt Patricia right the ship here and get the Lions playing winning football deep into this season? To be determined, but things are going better than this point last season.

They almost came out victorious Week 1, but then Cam Newton looked awful against the Bucs last Thursday, and is now out for Week 3. He had injury concerns at the end of last season, and there were rumors he would sit out this season as a way of conserving his body, which didn’t happen. I’m not sure what happens moving forward here, but it doesn’t look good.

What a horrible start to the season.  Losing AB and Bell this offseason was going to sting, but at least they had Big Ben to steady the ship… now they don’t. Mason Rudolph did not look bad after replacing Ben, and getting Minkah Fitzpatrick shows they have some faith in him this season, but it’s going to be a process.

Two words: Gardner Minshew. I love that guy. Unfortunately Thursday was probably Jalen Ramsey’s last game as a Jag, but with Minshew starting moving forward, things will certainly be interesting. Oh, and they had 9 sacks on Thursday… maybe Sacksonville is back.

I was stunned the Raiders won Week 1, but that seemed like a prove-it game.  They played the Chiefs close for… like 20 minutes, but I mean that’s better than I thought they would have than if you asked a few weeks ago. Their schedule won’t get any easier the next few weeks, so unless they’ve got some surprises up their sleeves, this might be their peak.

I have really been surprised by Kyler Murray so far this season. I did not have a lot of faith in Kliff Kingbury, but he’s done a good job with the 2018 Heisman Trophy Winner so far. The team still has a ways to go, but if Murray can keep improving, maybe it’ll happen sooner rather than later.

Case Keenum has looked… really good this season. He’s passed for 601 yards, 5 TDs & 0 INTs so far this season (111.2 passer rating). He’s been the only bright spot, as every other facet of the game has sucked.  Tomorrow they face the Bears, which will be a good test for Keenum, but maybe the defense can get a break.

The losses have been close, and Denver has only allowed 24 and 16 points respectively, but I expected more.  That might make this ranking biased, plus they did get screwed with the call on Bradley Chubb, but they haven’t done as much as the teams ahead of them at the end of the day.  Still time to move up.

The Bengals actually gave me some hope against Seattle in Week 1, with Dalton looking competent and John Ross looking awesome… and then they let the 49ers destroy them.  I am not a fan of Zac Taylor, and think this is long-term rebuild, just not as drastic as Miami.

I don’t know what to say, I expected more. Sam Darnold has mono, Trevor Siemian broke his ankle, and Jamal Adams might be out the door.  The third string QB, Luke Falk, gets to face… the Patriots, at Gillette Stadium. I’m taking New England (-22.5).

The Giants said Eli Manning would start as long as the team was contending; it took 2 weeks for them to realize that wasn’t happening. Daniel Jones gets a chance to show what he’s got tomorrow against Washington… just pass it to the team in blue like Eli never did.

I think the real question is how many college teams are better.  0-16 is absolutely on the table.

*Saturday works best for me with my schedule; college is a lot of work