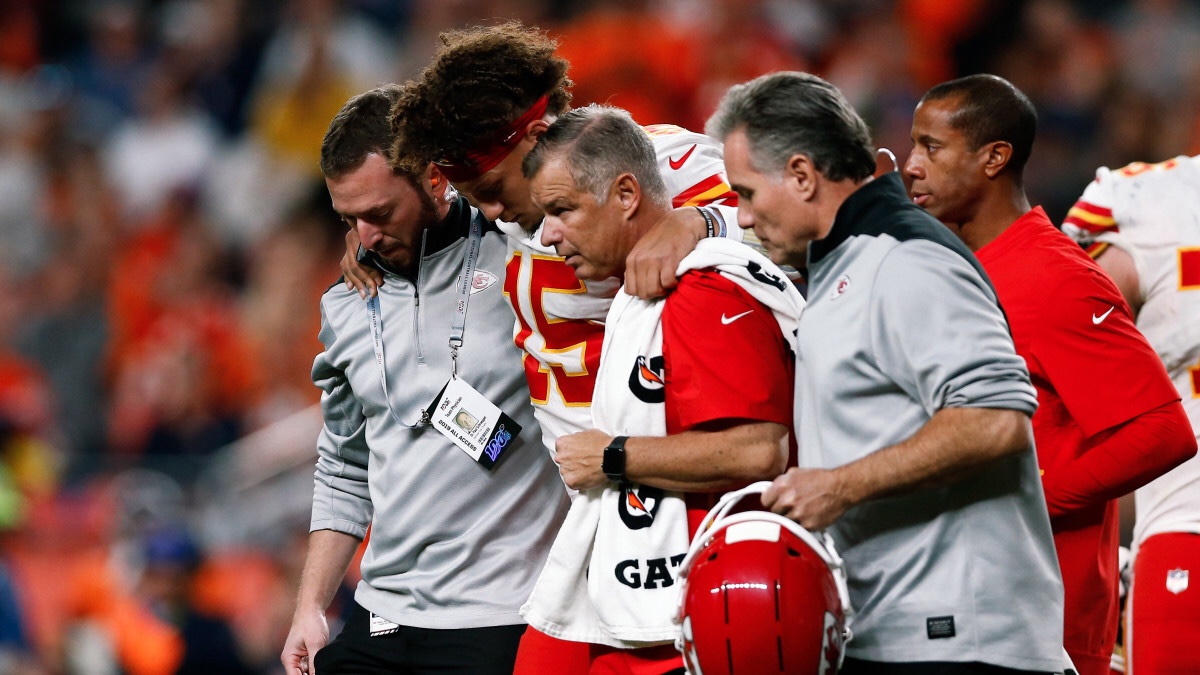 The Chiefs, even without Tyreek Hill for a bit, seemed to look as dominant as last season. But after two rough games in a row against the Colts and Texans, the Chiefs looked like their high powered offense was figured out. Teams finally know how to contain the offense.

Yesterday’s Thursday night game looked like a game the Chiefs needed; wrecking a bad team like the Broncos.

This was supposed to be an easy game for the then 4-2 Chiefs. But in a red zone situation up 10-6, the Chiefs went for a QB sneak and Mahomes dislocated his knee. Now, he’s out for three weeks.

Why, up 10-6 against a shitty Broncos offense, go for it from under 10 yards? Especially since it’s easy field goal territory, why risk it? Mahomes had been dealing with an ankle injury since week 5 and sending him into the trenches like he’s Tom Brady is not a good idea Andy Reid!

Now, these next three weeks will be filled with wonder for Kansas City fans. Imagine three weeks without your MVP QB (Patriots did it for four but who’s counting)? If the Chiefs go 0-3 or even 1-2, it’s safe to say they might have to play wild card weekend, that’s if the Bills don’t blow it like they usually do. Or, even the Texans tearing it up this season could get the 2nd seed now.

You’re gonna leave your playoff status up to 35-year-old backup Matt Moore? Yeah good luck trying to beat the Packers next week, and the Vikings a week after that. Vs the Titans? Toss up.

Andy Reid going into Foxboro for the AFCCG isn’t looking to hot. If he can’t even beat them at Arrowhead Stadium, what makes him think they can beat them in Foxboro against a defense that’s even better than last season?

After this injury, it wouldn’t shock me if the Chiefs were 11-5 or 10-6 to end the season. Even if Mahomes comes back playing well, he still has to face the Patriots at Foxboro. Andy Reid seems to always shoot himself in the foot.