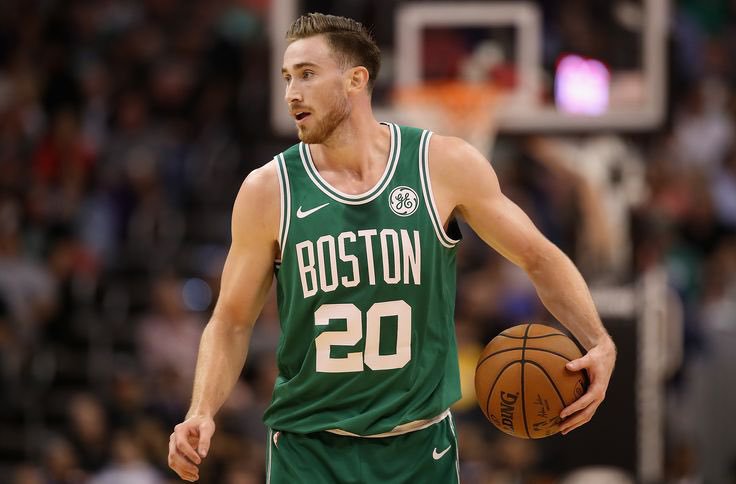 Gordon Hayward continued his upward trend this season by putting together his best performance as a Celtic.

The forward scored 39 points, grabbed 7 boards, and dished out 8 assists.

Oh yeah, and it happened on the same court where he suffered a career-threatening injury over 2 years ago.

After injuring his leg during the 2017-2018 season opener against the Cavs, Hayward has seen plenty of down days.

He did not play the rest of the season, and had to wait until the 2018-2019 season before he could make his true Celtics debut.

When he started playing he might have been 100% healthy, but he did not have the legs under him compared to his days in Utah; this should have been expected.

In June of 2018, Hayward needed a procedure on his injured ankle to remove the plate and screwed that were inserted during the initial surgery, noting himself “it’s not something we were expecting to be part of the recovery process…”

This led to further recovery, a build up to playing again, and it was only in September that he began participated in 5-on-5 drills in practice, roughly a month before the season was to begin.

Simply put, Hayward did not have a full offseason of health, and was unable to properly train and regain previous patterns in his game.

Before the end of November he was moved to the bench, only starting 2 more games the remainder of the season.

He had his ups, as he put up 30-point performances against the Timberewolves (twice) and Warriors, and during the last 8 games of the regular season, Hayward averaged 16.4 PPG on 58.5% shooting (31.6% from three). He was making progress.

However, like his teammates, he was no where to be seen in the Bucks series, leaving a sour note in the mouths of Celtics fans, ending an extremely frustrating and disappointing season.

People quickly said the Celtics should cut their losses and trade Gordon, saying he’d never be the player he formerly was.

Hayward didn’t get the memo.

He finally had a full offseason under his belt, and during the first 6 games of the 2019-2020 season, he is showing he is still the same All-Star player he was in Utah.

His role and responsibilities might be different on this Celtics team, but Hayward has been showing out thus far.

It is undoubtedly his best and most consistent stretch as a Celtic thus far (albeit in a small sample size), but we have to remember Hayward was wildly inconsistent a year ago. If Hayward was doing this a year ago for 6 games… and if he ever did it in the playoffs, last season could have gone completely different.

This is a new season.

Hayward is healthy, and he’s showing everyone that he can still ball.

To his doubters, and to the rest of the NBA, watch out, because if he reaches Utah-level production next to the strong play of Jayson Tatum and Kemba Walker, as well as the rest of this team, then the Celtics might make some noise this season.

Gordon Hayward is back, folks.