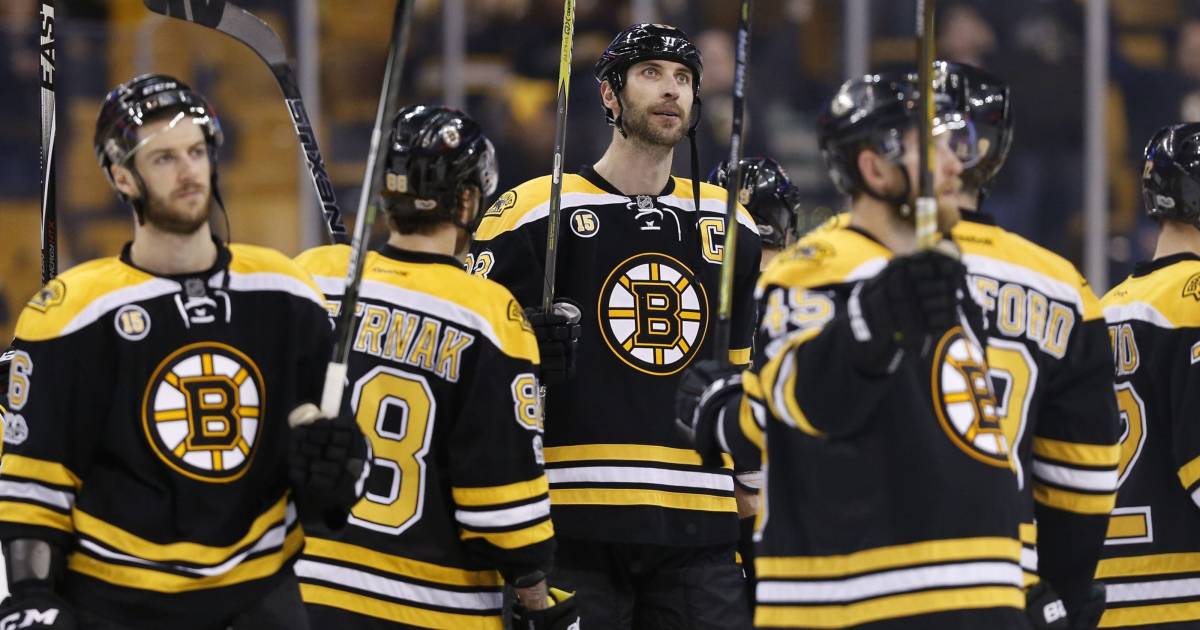 If you’ve paid attention to this website in the past, you’ll notice we don’t spend a lot of time talking about hockey.

Fredy and I just aren’t the biggest fans.

I’ll typically pay closer attention to the Bruins when the playoff starts, because the NHL playoffs tend to be chaotic, but otherwise I’m not super invested during the season. Hockey games are fun in-person, but again, I am just not knowledgeable about the sport to even talk about it in this forum the way I would basketball, football or baseball.

However, with hockey now back, I thought I’d lay out the playoff format this season (it’s insane), and where the Bruins currently stand.

Phase 1: Beginning with the suspension of the NHL season in March, teams were asked to self-isolate “as much as possible”

Phase 2: Small, voluntary workouts with no more than 6 skaters on the ice at one time; these workouts began in June and took place through early July.

Phase 3: regular, training camp like practices, with daily temperature and symptom checks. All players were tested 48 hours before officially coming back, and every other day once training camp began.

Phase 4: Games resume in “Secure Zones,” with all players tested at least 3 times – 48 hours a part – in the seven days leading up to arriving to their respective bubble city.

Like the NBA, the bubbles of the NHL house teams in a hotel, each member of the organization having a room to themselves, being required to wear a mask when outside of their room. Anyone can leave with the permission of the NHL, but upon returning they must register four negative tests over the course of four days. If a player leaves without permission, they could be prohibited from coming back, or have to undergo a 10-14 day quarantine.

No one has tested positive for COVID-19 upon arrival to and within the bubbles.

When games started back up in the NHL, it was playoff time! The top 12 teams from each conference were invited to the secure zones.

However, the top 4 teams are partook in a round-robin tournament, where each team played each other once. Points were awarded in this tournament just like the regular season, and the final standings of the three games determined their new seed for the First Round. For the Bruins, even though they led the NHL in points prior to the suspension of the NHL season, since they lost every game in the round robin tournament, they are now a 4 seed in the First Round, with Philadelphia, Tampa Bay, and Washington ahead of them.

The First Round (and the remainder of the playoffs) will be best-of-7 in a 2-2-1-1-1 format. Although games are neutral site, the “home” team will be allowed to do things they would in normal games like respond to a substitution made by the “away” team, a key edge home teams hold.

How Has It All Looked So Far?

Hockey is a crazy sport. In 2017, the Nashville Predators had the least amount of points of any team to make the playoffs, and their postseason began by facing the team with the most points in the Western Conference – the Chicago Blackhawks.

Nashville made it to the Stanley Cup, and that series was tied after 4 games, but the Pittsburgh Penguins won in 6, securing their second straight championship.

The First Round will begin tomorrow (matchups above). Of the teams to advance from the best-of-5 portion of the Qualifying Round, two (Montreal and Chicago) were 12 seeds, Arizona was an 11 seed, and Columbus (a 9 seed) upset Toronto. Only in the NHL would EACH 12 seed advance in a best-of-5 series. For reference, that would have been like the Knicks beating the Pacers and the Spurs beating the Thunder to advance to the First Round in the NBA.

How About the Bruins?

When the NHL season went on hiatus, the Boston Bruins has the most points in the entire league. Each team has between 11 to 14 games to play, but the Bruins possessed an 6-point lead for best record in the NHL, and 8-point lead in their division; it’s not likely any team in the East would have passed them.

However, given the format of this postseason, which resembles how the NHL playoffs looked prior to the 2013-2014 season (minus the Qualifying Round tournament), the Bruins would have to earn the perks of a top seed. The only thing that would have helped them in this setting is their regular season record would give them a tiebreaker if they earned they same amount of points as any other top 4 team.

Instead they lost every game, doing themselves zero favors.

If the playoffs began under normal circumstances based on the standings before the league stopped play, Boston would faced the Islanders, but the Hurricanes were the first Wild Card team, only ahead by one point, so it’s not like this matchup is too far-fetched. However, if there was no round-robin tournament but the remaining 8 teams still had their qualifying component, Boston would face Montreal, who had 8 less points than Carolina this season.

There’s a lot of scenarios for the second round (8 to be exact) IF Boston advances, ranging in likelihood, but half involve playing Philly, Tampa or Washington, and if Philly wins, the chances of playing one of those 3 teams increase to 75%. In a normal season based on the standing at the time of the hiatus, Boston would have played the winner of Tampa and Toronto.

Even if there is a possibility Boston plays the Blue Jackets, Islanders or Canadians, it would involve a combination (or each of) Philly, Tampa, and Washington being upset, which doesn’t look likely.

The road for the Bruins is therefore harder, and it’ll only get worse unless they start winning games.

They were the best team in the NHL this season and made it to the Stanley Cup a year ago. This is a neutral setting for everyone, and some have argued the lack of home crowd might be making things harder for the B’s, which is plausible. At the same time, it makes “away” games easier, making each game a net-even in that respect. It all comes down to which team is better on a given night (which, on most nights, should be the Bruins).

Boston features players such as Patrice Bergeron, Zdeno Chara, Brad Marchand, David Krecji, and Tuukka Rask that were with the team when they won the Cup in 2011 and made it in 2013. Almost everyone on the team was there last season when they made it to the Cup. There is vast playoff experience here, with veteran leadership and skilled players like David Pastrnak that are better than these first three games indicate.

Maybe the Bruins are in a situation like the Celtics, who also got off to a bumpy start in their return, but looked MUCH better in their two most recent games. the Bruins no longer have a safety net, and must be ready for the First Round.

Hockey is not a forgiving sport. Last season Tampa Bay had one of the best seasons in NHL history, and got SWEPT in the first round of the playoffs versus Columbus (who they face again this season). If you aren’t ready, things can go south VERY quickly.

Boston needs to wake up, FAST, or they’ll be back home much sooner than they expected.

First Round Schedule for (4) Boston vs. (6) Carolina