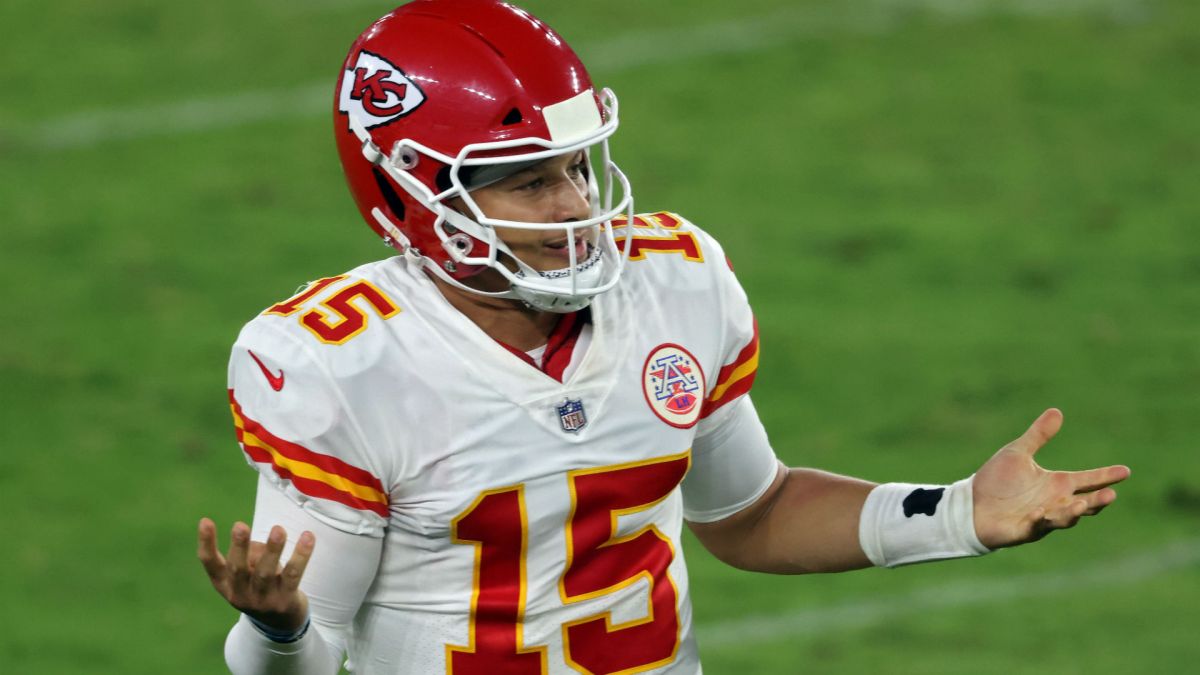 Welcome back to NFL Power Rankings!

The first month of the NFL season finished last week, and thankfully each game was able to be played. However, the luck will not extend into October, as the game between the Tennessee Titans and Pittsburgh Steelers was postponed due to 13 members of the Titans organization (7 players) testing positive for COVID-19. We wish all those infected a full and complete recovery.

The cases exposed flaws in the protocols of the NFL regarding the containment of the virus, as no gameday testing exists; yes the results may not be able to come back in time, but this must change. Rapid testing exists, if the NFL wants to continue this season, they must implement it on gameday. We’re all still learning, but health and safety must be paramount.

In terms of the games last week, the QB play continues to excel. Russell Wilson, Patrick Mahomes, Josh Allen, Dak Prescott, Aaron Rodgers, etc. I can’t say I expected this given the shortened offseason, but it’s impressive nevertheless. The Giants and Jets continue to stink, Atlanta is a disaster, and Philadelphia and Minnesota are right behind them. The Bears have been a pleasant surprise (Nick Foles!) and the Steelers are back. Tom Brady is figuring it out in Tampa, while the Patriots are doing just fine.

Before I continue, one quick note: PR = previous ranking

Lets get to the rankings.

Kansas City came out with a statement win on Monday. It got close at the end, but it never felt that close versus Baltimore. Mahomes was sensational, proving yet again he’s Mr. September. It’s October now, and for the third straight season KC takes an early lead ahead of the pack in the league.

Green Bay pulled out a close win on Sunday night against the Saints, and I am buying the legitimacy of this team (which I never could last year). Aaron Rodgers and this offense are complete, while the defense has caused one turnover each week. It’s a formula for success.

Russell Wilson is the MVP; it’s his to lose. I still have worries about Seattle’s defense, but with Wilson at QB there’s not many teams that can contain Seattle in a shootout. It could come back to bite them down the line, but not yet.

I was disappointed with the Ravens performance on Monday, but they’re still one of the best teams in the NFL. Still, Patrick Mahomes and the Chiefs will be a road Baltimore will have to go through for years to come, and they’ll have to feel worried until they can pass that test.

Yes, Buffalo blew a 28-3 lead, but they still found a way to win the game. It was an example of fighting through adversity I think will be big for this team as the year goes on. Josh Allen is legit, and beating the Rams was good however you slice it.

The Steelers have been great this season, and Big Ben is back… but I want to see it against some more legitimate teams. Pittsburgh can only play who’s on their schedule, but the teams they’ve played thus far are 1-9. Sadly due to COVID we won’t get to see them play Tennessee this weekend.

The Patriots came out with a typical after-loss performance against the Raiders. It was close after the first quarter, but New England figured out what Vegas was doing and dominated the rest of the way. Going to KC won’t be easy, but each week I gain more faith in this team.

Tennessee was the first team to suffer a COVID outbreak, and will not play this weekend because of it. On the field, they beat Minnesota last Sunday, but like the team they would have faced this Sunday, their opponents haven’t been very good (not their fault). Hoping for a full and speedy recovery for all those in the organization who contracted the virus.

The Rams were not able to beat Buffalo, and fell behind 28-3 in the third quarter, but the fact they came all the way back and had a lead was a huge statement to me. No chance it happens last season. Moral victories don’t count, but last week will serve LA well.

I may have been too early to jump on the Cardinals hype train, but their loss to Detroit tells you anything can happen any given week. I still like this group, and Kyler Murray (who was not very good on Sunday) will be fine. They should be able to rebound the next few weeks facing Carolina and the Jets.

Even as the injuries have hurt this team, they’ve won the past 2 weeks. However, I’d say they’ve been lucky by facing the two worst teams in the NFL. Still, the wins weren’t close, and doing so with as many backups as they did deserves credit.

You hear that? It’s Tom Brady proving the doubters wrong. Tampa wasn’t going to lose to Denver given their QB situation, but Tom Brady had his best game of the young season, and got all his stars involved (even Gronk!) The best part? After 3 weeks, Tampa is in first place in the NFC South. How about that.

Well, I think the Mitch Trubisky Era is over. Even at 2-0, Mitch looked so bad last week the Bears went to Nick Foles, who led them to a comeback win against the Atlanta Falcons. He looked excellent, and with that type of QB play, Chicago knows it gives them the best chance to win.

Going into New England the week after the Patriots lose is never easy, and it didn’t get any easier in the post-Brady Era. Vegas had a great first quarter, but they became exposed as the game went on. Vegas is a good (and young) team, but losing their top corner won’t make things easy moving forward.

I’m getting worried here. Age is showing for Brees. They’ve been missing Michael Thomas, but these past two weeks haven’t been ideal. The offense isn’t deep outside of Kamara and Thomas. The defense needs to do more to give the team a chance.

Don’t look now, but the Colts have the best defense in the NFL. They haven’t allowed more than 151 passing yards in a game this season, and only once have they allowed more than 100 rushing yards (109 last week). If Rivers can limit his turnovers, this team could cause some problems as the year goes on.

I feel for the Cowboys early this season, especially Dak Prescott, who’s being asked to throw the ball all over to keep Dallas in games. Their schedule gets more forgiving and should lead to some wins, but I’d like to see the defense do more… and maybe they win a game they aren’t supposed to along the way.

Cleveland beat a Washington team last week that’s been competing (but isn’t very good), and the turnovers by the defense should give them some hope. The running game has been carrying the Browns, while Baker hasn’t had to sling the ball too much, and it’s worked. Sunday won’t be easy against Dallas.

Justin Herbert came back down to Earth last Sunday, likely due to a team having a chance to see film on him, but the Chargers still had a chance at the end versus the Panthers. The next two weeks won’t be easy for the rookie-led team, as LA goes on the road to face Tampa and New Orleans.

I feel for Houston, I really do. Their first three games this season they’ve faced arguably the three best teams in the AFC. They get a break this Sunday against Minnesota, but a loss might make it impossible to get back into the playoff race this year.

Miami should enjoy their win from last Thursday, because I don’t think they’ll have a winnable game the next few weeks against Seattle and San Francisco.

The Jags have just been a wild enigma to me the past 2 years, and anything seems possible with Gardner Minshew at QB. Expect that to continue on Sunday against the Bengals.

Detroit got a huge win against Arizona in a must-win type of game for head coach Matt Patricia. Matthew Stafford looked solid, and hopefully having him around all season gives the Lions some more chances at winning.

Carolina was able to pull off a victory on Sunday against the Chargers, as the defense caused 4 turnovers, the second straight week they had multiple turnovers. That’s gonna be their only hope of success.

They compete, and even if they can’t finish games, their defense does not look bad. It’s a testament to this group they aren’t getting blown out week-to-week, but this year will be one of learning for the future.

Denver got their first win in a hectic game last night. The injury bug has not been friendly to the group this season, but they still compete from week-to-week.

Joe Burrow looked good again last week even though the game ended in a tie. Philly is the more talented team, so respect for having a chance to win throughout for this group. At least it wasn’t a loss, but it won’t feel like a win (because it wasn’t!)

I mean come on, this is pathetic. What is going on here. On the bright side since they’re in the NFC East they’ll never be truly out of it, but this group simply cannot get it done.

Speaking of groups that can’t get it done… they led 24-12 over Tennessee at it seemed like they would be fine, then before you knew it they were losing. What sucks for them is the COVID-related delay hurting practice this week, because this is a team that needs as much as it can get.

I mean… I can only laugh. Another double digit lead, another extremely high chance of winning, and another collapse. Mentally, how much more can this group go through?

The Giants are very bad.

The Jets are very bad.

Photo above via Getty Images