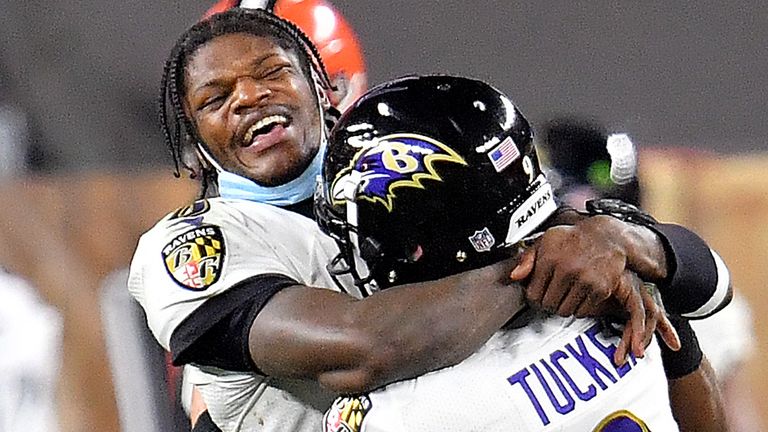 Welcome back to NFL Power Rankings.

We are getting closer and closer to the end of the season, and with that we have some good playoff races forming. The battles to win the AFC South, NFC East and West, as well as the wild card races in each conference (with the added layer of the 7th seed this season).

Only 6 teams have actually been eliminated, and with just 4 playoff spots clinched, there are technically 22 teams fighting for the remaining 10 spots. Not all 22 teams have an equal shot, as seven (7) could be eliminated from playoff contention by the end of this week. Those teams are Dallas, Philly, Detroit, Carolina, San Francisco, New England and Denver.

Should be a fun week, here’s how it all looks.

Even when Mahomes has his worst game of the season, this team still looks unbelievably potent on offense. They’re getting into more one-score games than you’d like as a fan, but this is still the team to beat.

Super Bowl hopefuls – teams with the best chance to make a conference title game, and possible appear in the Super Bowl

You have to call the loss to Philly what it was: embarrassing. Still, despite trailing 17-0, the Saints came close to coming back at the end. They’ll really need Drew Brees tomorrow for what could be a Super Bowl preview.

Any doubts I had early in the season about Buffalo are being wiped away. Josh Allen looks more and more like a primetime player. Combine that with the improvements the defense are making, this is the second best team in the AFC.

Similar to Buffalo, I had doubts about Green Bay. I still kind of do, but Aaron Rodgers just continues to play sensationally; he might win MVP. If the QB is playing that well you’ll have a chance to go far.

It’s time to sound the alarm as a Steelers fan. The offense cannot do much of anything, and there’s only so much a defense can do to win you ballgames (see: 2019 Steelers). They need to find ways to score, or else we’re looking at the 2019 Patriots all over again.

The Colts all but secured a trip to the playoffs by beating the Raiders. If Jonathan Taylor can replicate his performance the rest of the way, it’ll be a huge plus for the Colts offense.

The Rams really are night and day from who they were 2 years ago. It’s a team that can stifle you on defense and beat you with their ground game. Goff isn’t a completely lost cause, but it’s clear they like to limit him… it’s working well for now.

The Titans bounced back with a win against the Jags last week. Derrick Henry is turning it on at the perfect time. If the Titans can control the time of possession against their opponents in the postseason through Henry, maybe it will save them from a their lackluster defense.

Even in defeat to Baltimore, I was extremely impressed with Cleveland. They came back from down 34-20 in the 4th to take a 35-34 lead, then after the Ravens miraculously took the lead again with less than 2 minutes, Cleveland tied the game shortly after. They still lost, but the resiliency of this group was really apparent.

Yeah they beat the Jets, that’s what you’re supposed to do.

Tampa held off a desperate Minnesota team that needs every win it can get. After a slow start, Tom Brady got into form and finished with a nice game. Believe it or not he has his most TD passes (30) since 2017.

The Ravens needed a win in Cleveland and got one. Lamar Jackson may have had some stomach problems, but he came back when it mattered and helped secure this game for his team. Don’t bury them just yet.

Miami’s defense was able to intercept Patrick Mahomes 3 times – plus one additional turnover – yet KC still put up a ton of points (as they do). Miami got close at the end, but it wasn’t enough to overcome the defending champs.

The Cardinals had their way with a rising Giants team. Their defense had their best game of the season, limited New York to just 7 points. They’ll need all hands on deck the final 3 weeks as they look to secure a playoff birth.

Their loss to Tampa was a setback, as the Vikings are yet again on the outside looking in of the playoff race. They’ll need to win out and have some help in order to get in.

Washington’s defense shined yet again in a victory against the 49ers. Even as the team took a one game lead in the NFC East, the story was losing Alex Smith to injury. Every game he can’t play severely limits this team’s chances of winning.

Tough week for the Raiders. They couldn’t beat the Colts at home, and then lost to the Chargers in a must-win game on Thursday. They also lost Derek Carr during the Chargers game, although backup QB Marcus Mariota actually looked really good. Still, they might be toast for the playoffs.

Despite a lost to the Rams where everyone suddenly turned on this group, after all the games were played last week (and one game this week), they boast a top 10 defense. The offense is bad (especially the passing game), but this team is not a lost cause in the years to come… they just need to find a QB.

The 49ers almost cracked Washington’s defense enough at the end, but it was not enough. We learned they won’t be back in San Fran this season, which must be hard on the guys. Really been a tough season for this team.

Detroit was very competitive against the Packers last week, even while losing Matt Stafford to injury in the game. Still, it’s hard beating Aaron Rodgers when he’s as dominant as he has been. This group is still fighting after their coach was fired, which I respect.

After finally earning some respect, the Giants threw up a stinker against the Cardinals, losing 26-7 at home. They now trail Washington by a game, but they do hold the tiebreaker. They still have a chance to win the division.

I’m still amazed we saw arguably the best game of Mitch Trubisky’s career last week. Guess it makes sense considering it was against a QB everyone says Chicago should have drafted (they should have)… for one week, Mitch was the right choice.

After I was all but ready to right off Drew Lock for good, he goes out and has the game of his life against the Chargers. If he can do THAT more often and consistently, maybe I was wrong!

The Chargers suddenly have a win streak going since their 45-0 loss to the Patriots. Justin Herbert continues to thrive. Beating the Raiders – a team on the door of the playoffs – was impressive. I would still move on from Anthony Lynn, but it’s been proven yet again this team has their QB of the future.

Atlanta could not stop the Chargers last week. They certainly had their chances, but they gave them away. The early momentum of the coaching change seems to be wearing off, as it’s becoming clearer this team needs to start over.

Just when Philly looked done for good, Jalen Hurts starts his first game and they beat the team with the best defense in the NFL. Let me remind you, this was an offense that couldn’t move the ball against SEATTLE just two weeks prior. At 4 wins, they aren’t out of things in the division either.

I’ve said many times I like this team, and that they always seem to lose by one possession. It happened again last week, but they haven’t won one of those games in awhile now. They aren’t far off in my eyes, but there is work to be done for sure.

I did not expect Houston to lose so handedly last week to Chicago, but here we are. Their momentum from beating New England and Detroit is long gone.

Remember last week how I said they hadn’t held a team below 20 points all season? Oh, and how they only scored more than 20 points once without Dak? Hahaha, yeah. Relax, it was just the Bengals, but like Philly, Dallas is still alive in the division race.

Andy Dalton’s return to Cincy went much better for him than this group.

On the bright side, Gardner Minshew gets to start a few more games. Enjoy it, because he’ll be gone next season.

One week closer to destiny.