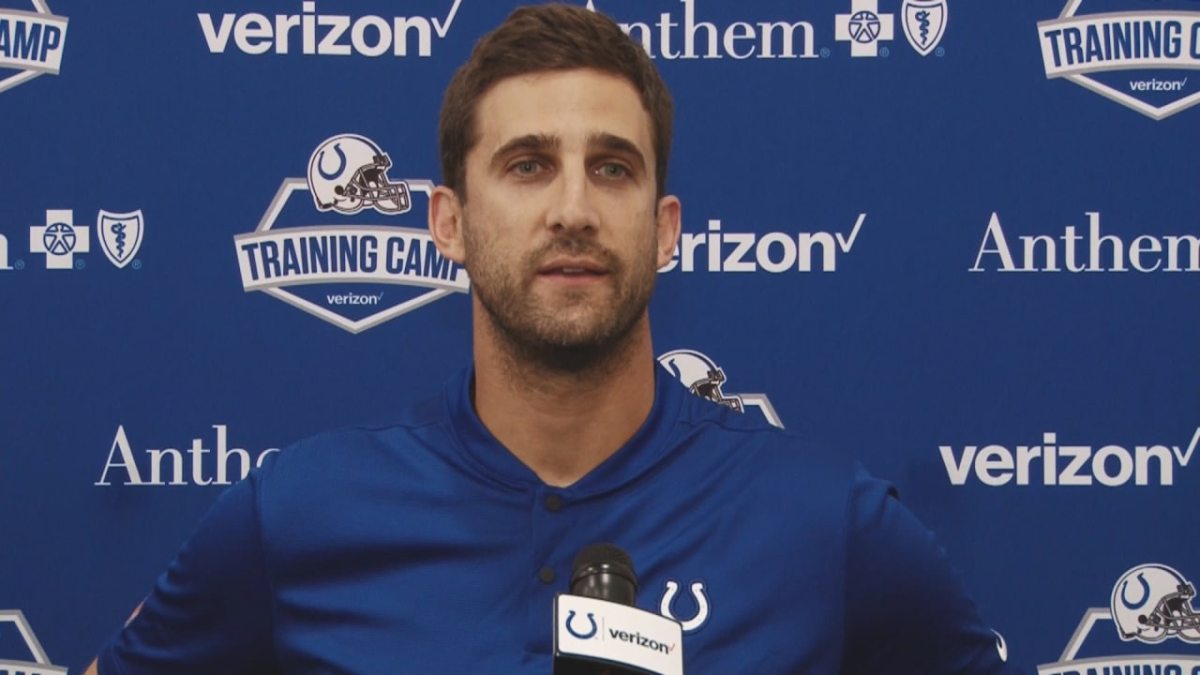 This is the second hiring during this head coaching cycle were the seemingly public favorite did not land the gig. First it was Brandon Staley ultimately being hired by the Chargers over Brian Daboll, and now we have Sirianni being hired by the Eagles over Josh McDaniels. These situations are always fluid.

Sirianni had not interviewed – nor been connected by – any teams until a few days ago by the Eagles. Clearly he impressed enough, but who is he?

Sirianni, 39, was the offensive coordinator of the Indianapolis Colts the past three seasons under Frank Reich, who himself was the former Eagles offensive coordinator (2016-2017). Sirianni got his start as a college assistant before jumping to the NFL in 2009 with the Kansas City Chiefs under Todd Haley. He stayed under Romeo Crennel in 2012, then was hired by the Chargers in 2013 by new coach Mike McCoy. During his time with the Chargers he worked with Frank Reich for three seasons until Reich left for Philly. Sirianni stayed through 2017, one season after McCoy was fired and Anthony Lynn was hired.

Okay, so why did Philly hire him.

First, they believe he can fix Carson Wentz. The Eagles have made it clear to prospective head coaching candidates that they believe Carson Wentz is not broken and they want to keep him around. To me, they don’t have a choice because of how Wentz’s contract is structured. It would leave behind so much dead money if he was cut or traded, they pretty much have to keep him around. Wentz already said he does not want to come off the bench, so even if it does not make sense in the short term, Sirianni is gonna have to try to figure it out, at least before the contract can be dumped (sorry Jalen Hurts).

Second, the Frank Reich connection. Once Wentz got benched, he immediately was tied to the Colts due to his relationship with the former Eagles OC. Wentz had his best season as a pro with Reich as OC in 2017, and many believe his downfall has been due to not having Reich coaching him. If you can’t get Reich himself, what’s the next best thing? Hire his OC (and the OC that would’ve coached Wentz in Indy).

Philly is betting on Sirianni to be the coach that can fix Carson Wentz, in part due to his working relationship with Frank Reich and belief he can install an offensive structure similar to Reich when he was the OC in Philly.

However, my concern (and the one people said was the reason you can’t hire Eric Bieniemy) is Sirianni was not the play-caller in Indy, Reich was. Sirianni has never been a play-caller. Does that mean he can’t figure it out? No. Andy Reid had never called plays before being hired by the Eagles in 1999 and is one of the best offensive minds in NFL history. Still, the fact it was used as a reason not to hire Bieniemy continues to piss me off.

Some seem confused by the hire, others think he’s a great teacher and puts players in the best position. If you want to point to the Colts offense the past three seasons, I can get behind that. Again, he was not calling plays, but the Colts had four different starters at QB the past three seasons and changes at RB but have ranked in the top half of the NFL in scoring each year and top 10 in yards and points in 2018 and 2020. The offense was strong in the trenches, which the Eagles always tend to be.

This won’t be an easy situation. The Eagles are in cap hell, and the QB that needs to be fixed was arguably the worst QB in the NFL last season. Baker Mayfield was awful in 2019, but under a new head coach and offense he and the Browns thrived in 2020, so all is not lost for Wentz. Maybe this really was just a bad season, but Wentz is going to need to earn the respect of the locker room.

There have always been reports he’s not the best teammate, and if he’s being forced to be given a chance by ownership, it might not be looked at kindly by other players (especially Hurts). I consider Jeff Lurie to be a good owner, and he’s admitted this situation won’t be easy to start, but is he (and management) making it harder? Would they have been better off getting rid of Wentz over Pederson and keeping the coach that won them a Super Bowl and seems to do just fine with other QBs not named Wentz? Perhaps, but Sirianni is in charge now.

He will need to prove he’s worthy of this job, fix the franchise QB, and learn on the job in the process. No pressure!

Image above from the Indianapolis Colts