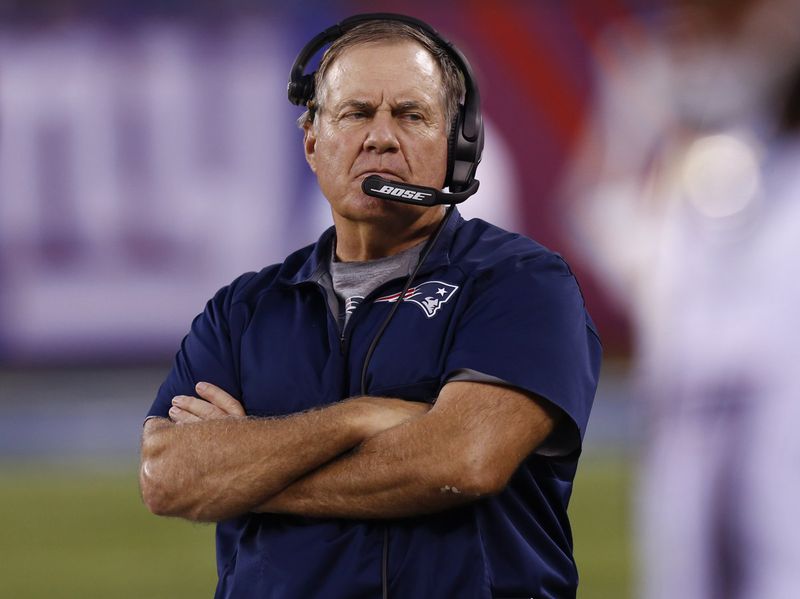 No, Bill Belichick was not involved in Super Bowl LV… directly at least. Indirectly, many will argue he was another opponent Tom Brady and the Buccaneers beat on Sunday.

My take on the Brady v Belichick debate has been clear: each benefitted from each other, and each is the greatest at their respective profession in the sport. I’ll argue for both of them. The 6 rings they won together don’t happen if one doesn’t have the other.

Players play (and again, Tom is the best of the best), but being put in the best position year-after-year is important. Say what you want about the lack of receiving talent Bill gave Tom at the end (a valid criticism, yes), Bill put Tom in a really good position by building great teams for two decades.

Which brings me to Kansas City.

I’ve used Andy Reid as a comparison for Belichick before. I’ve talked about how he did in Philly with Donovan McNabb versus without him (the latter being similar to Belichick’s record in New England without Brady), then how he built these current Chiefs teams around Patrick Mahomes.

Then, their best offensive lineman, Eric Fisher, tore his Achilles during the AFC Championship Game.

The team adjusted without Schwartz and Osemele throughout 2020 and did not lose one game that Patrick Mahomes started after they were each gone, but Fisher proved to be one injury too many.

With Fisher protecting him, Mahomes was the outstanding player we’ve all come to know, but without Fisher, Mahomes becomes pretty good, but human.

It takes a team, and when things go south, it takes a plan to salvage things.

They say the team that ends up healthiest at the end has the best chance of winning a championship, but there’s something to be said about making adjustments and… the next man up mentality.

Tom Brady won his first Super Bowl as the next man up in 2001, replacing then-franchise QB Drew Bledsoe early in the 2001 season after he suffered an injury. The Patriots won a Super Bowl without Rob Gronkowski in 2016 after he was lost to injury during the middle of the season. They won a Super Bowl in 2004 after losing Hall of Fame CB Ty Law to injury during the middle of the season. Rodney Harrison broke his arm during Super Bowl XXXVIII, while Patrick Chung broke his during Super Bowl LIII.

The Patriots have entered a Super Bowl without key players who were lost due to injury. Heck, it probably lost them a Super Bowl in 2017 since Dont’a Hightower and Julian Edelan were out… but at least they had a plan.

This is not meant to disrespect Tampa Bay. Todd Bowles developed a masterpiece of a gameplan to stop the potent KC offense, and his players executed it to perfection. Allowing 9 points to a Patrick Mahomes-offense never happened before, and to do it in the Super Bowl makes it that much more legendary.

But come on… can you ever imagine Bill Belichick putting a team with Tom Brady in as bad of a spot during the SUPER BOWL as Andy Reid ultimately put Patrick Mahomes in on Sunday?

You could say Belichick did during Super Bowl LI, but the team made adjustments on both sides of the ball and made the greatest comeback in NFL history. We know what Brady and the offense did, but don’t forget the defense.

After the Pats made it 28-9 late in the third quarter, Atlanta recovered an onside kick at the Pats 41, then Matt Ryan completed a pass to Austin Hooper for 9 yards. 2nd & 1 on New England’s 32 yard line; one first down, and at minimum you likely get a field goal and early in the 4th it’s Falcons 31, Patriots 9 (ironic, isn’t it). Instead, Jake Matthews holds on 2nd & 1, making it 2nd & 11. Then Ryan throws an incompletion, making it 3rd & 11. Then he’s sacked for a 9 yard loss, Atlanta proceeds to punt to New England.

Combine that with the sack of Matt Ryan by Dont’a Hightower on Atlanta’s next possession, which the Patriots recovered, and pushing the Falcons from the New England 22 yard line to the 45 yard line late in the 4th, turning a likely FG into a punt, and you have the recipe for a historic comeback.

As we know, the Chiefs never came close to making a similar one.

How could a team that was 16-1 during the season when their star QB played (25-1 his last 26 starts) look like a shell of themselves in the Super Bowl? Injuries played a role, but did Eric Fisher REALLY make KC 22 points worse than Tampa? I think he made things much harder for Kansas City, but to only put up 9 points without him… that does a disservice to the rest of that team.

It’s the same team that held it’s own on defense versus 2020 All-Pro QB Josh Allen just two weeks prior, yet had no answer for Tom Brady. Yes, that’s easier said than done, but their defensive coordinator scripted the defense for the Giants in 2007 against the 18-0 Patriots, so if anyone knowns how to get in Brady’s head, it’s Steve Spagnuolo. He had nothing, and combine that with Reid and Bieniemy having no answers all night (plus some unfortuante drops)… you get an embarrassing loss.

With a title on the line, injuries or not, I can never imagine Bill Belichick having let down Tom Brady for an entire game as bad as Andy Reid ultimately let down Patrick Mahomes, from all facets of coaching to team-building.

The Patriots may have only gone 6-3 in the Super Bowl with Brady – with two of the wins requiring historic comebacks – but even during the losses the Patriots led in the 4th each time. Every Super Bowl they played with Brady, no matter the path, there was a chance to win each time. That’s what makes Brady great, and Belichick constructed gameplans and rosters to capitalize on that greatness every Super Bowl he had Brady for… Andy Reid cannot say he did the same for Patrick Mahomes.

Image above via Jeff Zelevansky/Getty Images